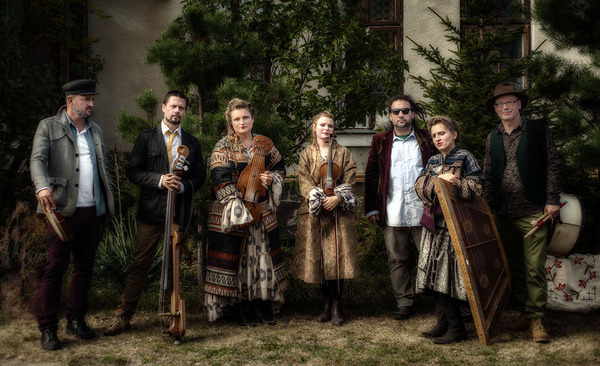 To mark the launch of their beautiful new double album “Sun Celebration”, Warsaw Village band return to Australia in March for a run of festival shows.

The Warsaw Village Band was found in 1997 as a response against the narrow-mindedness of the music scene which they believed was leading to the destruction of human dignity. That is why they turned to their roots in search for musical inspiration by “exploring the folklore and archaic sounds of their ancestors and instincts”.

“The success of the WARSAW VILLAGE BAND stems from its musicians’ great love for their national musical heritage and their will to preserve the old musical traditions. For these musicians, however, preservation does not mean restoration but – as we have experienced with ‘The Pogues’ or ‘Les Negresses Vertes’, for example – reanimation, ie; the transportation of the old songs’ spirit into the here and now. Polka gets a shot of Techno, and despite the acoustic instrumentation, the band conjures up sounds that have electronic impact.”